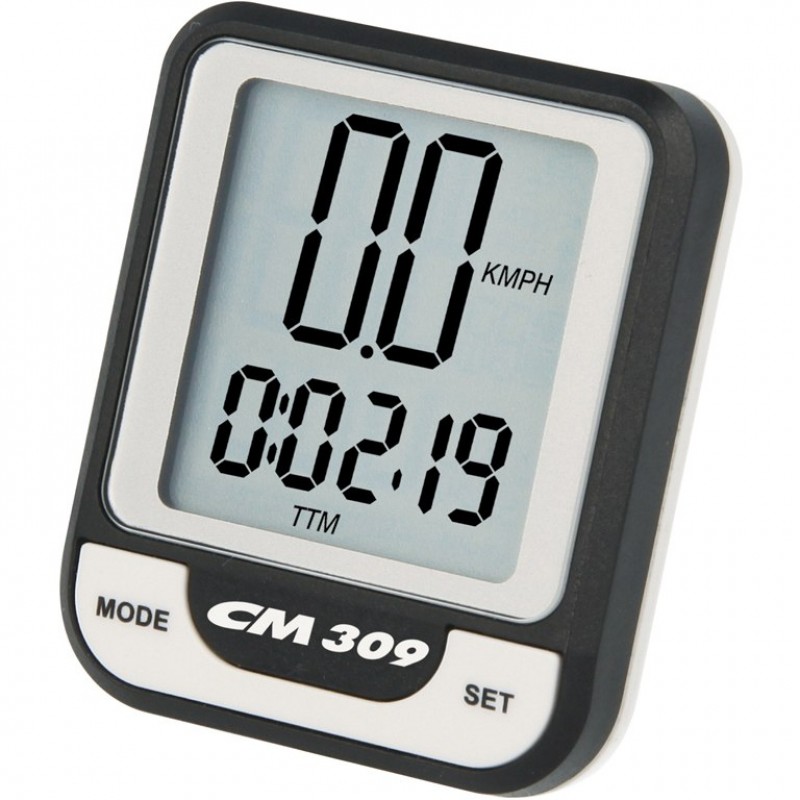 CicloSport CM309 wireless cycling computer bundled with mere but important features brings metrics to the cyclists at an affordable price in India. Controlled with two physical buttons and a bright and large illuminating display assures no eye twitching when you’re riding in dark. Current, maximum and even average speed which is something you’ll not find in any entry level wireless cycling computer available in India. Post ride, you can gorge on statistics and numbers like total speed, distance, speed comparison, total time along with your smoothie drinks to go with it. It’s a universally known truth that installing a wireless cycling computer would hardly take a minute.

Control it with bare fingers or hands covered in gloves, the two big physical buttons set apart from each other make it all the easier than ever. If you’re cycling to get rid of the extra fat around your waist, then you’d appreciate its Calories consumption/burnt feature as well.