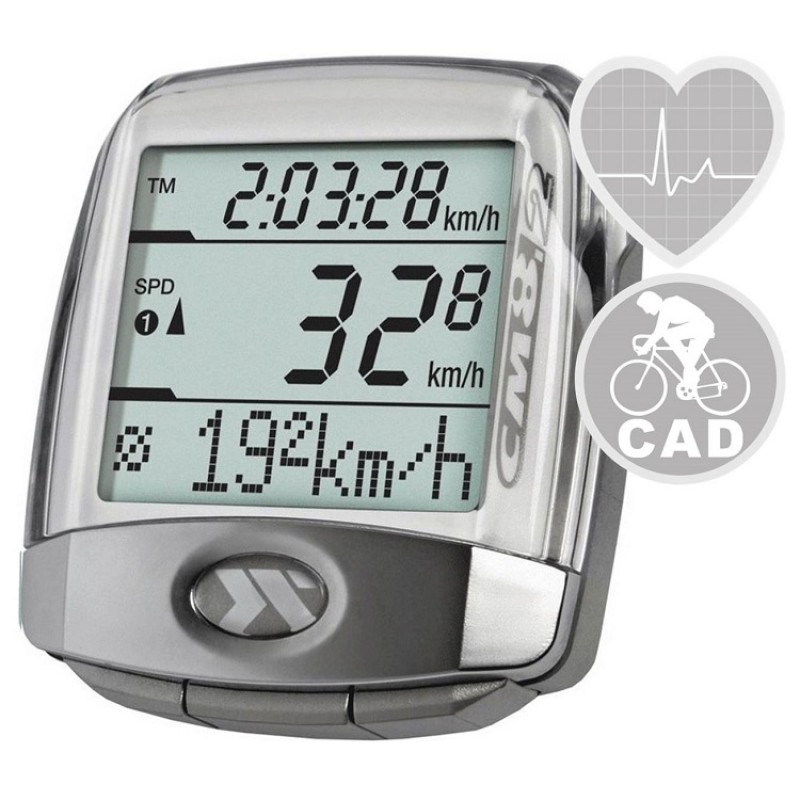 CicloSport CM 8.2 Blackline wireless digital bike computer in India, given its scope of features allow cyclists to gorge on statistics and numbers in style. 3 line bright and large display and 3 physical buttons, all organized in an intuitive manner ensures simplicity whilst using the product.

With trouble free data transfer through BlueEye III technology, this digital wireless cycle computer behaves well(compatible) with all BlueEye III technology enabled device. When compared with what’s available in India, CicloSport CM 8.2 Blackline is one of the best wireless cycle computer, credit goes its ANT+ feature. A feature that allows cyclists to connect and satiate their data obsession on any other ANT+ enabled devices be it heart rate monitors, bike computers, smartphones, power meter. [Check ANT+ Wikipedia for more information]

With CicloSport CM 8.2 Blackline wireless cycling computer mounted on your bike which will not take much of your time, you can track your current, maximum and average speed. It’s Auto Start/Stop feature, you don’t have to regret in case you forgot to switch it ON pre-ride or switch it OFF post ride saving your cycle computer from draining the battery juice.

Got more than one bike, it’s Two-in-one system with automatic cycle recognition, there’s absolutely no need to spend a fortune on yet another wireless bike computer.

At the end of the day, if you feel that the numbers and metrics and statistics are not just enough to entice you, wireless digital cycling computer can be still be enlarged with cadence function, heart rate function and pc analysis which is sold as a separate product, available at wizbiker.com

About CicloSport Cadence Cycling Kit CM 8. xIn case you bike to train or race, cadence is one of..

About CicloSport HF-Set Textile ANT+ Transmitter BeltRide/train hard as much as you can, and as ..