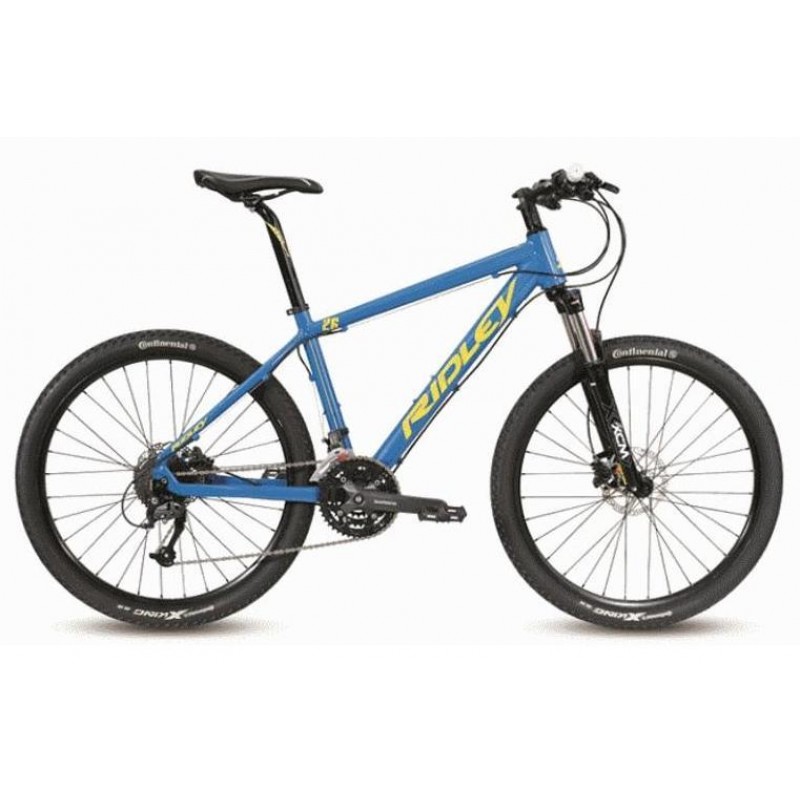 The Ridley Blast 26 is ideal for MTB enthusiasts looking for a well spec’d, performance oriented MTB to conquer flat trails with ease.

BRAKE : This MTB from Ridley comes with Shimano BR-M396 Hydraulic Disc Brakes which are connected to Shimano BL-M366 Brake Levers.

FORK/SUSPENSIO : The Ridley Blast 26 has a Suntour XCM HLO Suspension Fork which has 100mm travel and Lockout.

TIRE : The Ridley Blast 26 comes with a pair of Continental X-King 26" x 2.2" tires which are attached to Ridley MTB RMM Alloy Rims.