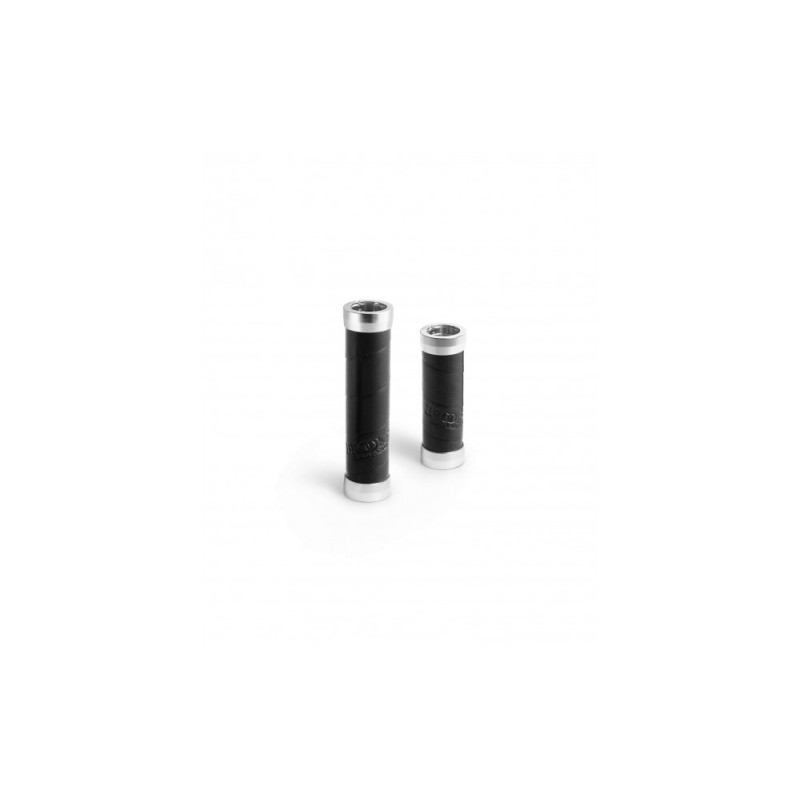 Brooks Slender Leather Grips feature vegetable tanned leather tape, and are designed to offer an alternative performance option for the user, while maintaining the standard for sustainability set by the Plump Grips, allowing the user to replace worn parts if necessary. The design incorporates an aluminium shell around which the bar tape is wrapped in the manner of traditional handlebar tape. The leather is then held in place by aluminium and steel clamps which can be removed in the event that the tape requires replacement. The tape is made from the same vegetable tanned leather used for Brooks Saddles.

Brooks England is a bicycle saddle manufacturer originally based in Smethwick, West Midlands, England, but now based in Italy. It has been making leather goods since 1866, when it was founded in Hockley, Birmingham.