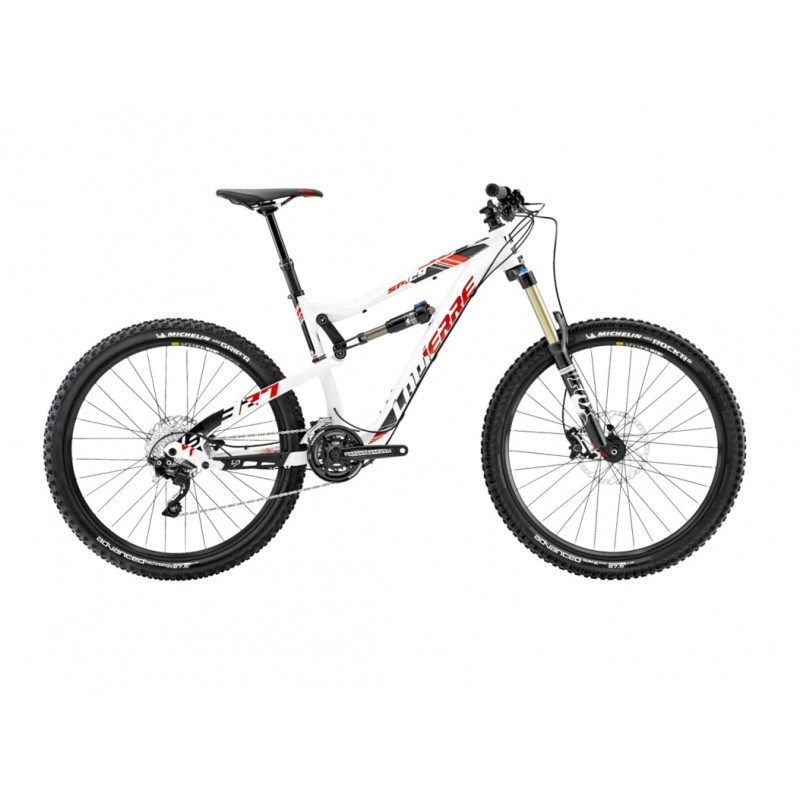 We never change a winning team! Our Spicy represents this spirit single-handed. It’s no accident that it has been Nicolas Vouilloz’s favourite bike for the last few seasons. For 2015, our king of enduro repeats the same blend that made it one of the foremost winners over a single round at the enduro World Series, in the hands of a certain Nicolas Vouilloz. Developed around 150 mm OST+ kinematics, the Spicy is still just as efficient uphill and fast downhill. Its 27.5” wheels and its geometry developed by Nico Vouilloz make the Spicy an amazing bike over any terrain. All Lapierre bikes are conceived, developed, and tested, by our experienced technicians in our historic site in Dijon, France.

SPECIFICATIONS AND PRICING ARE SUBJECT TO CHANGE WITHOUT NOTICE. ALL SALES ARE FINAL.

The company was founded 1946 by Gaston Lapierre in Dijon,France. His son, Jacky, took over management in 1960, and a new factory was built in 1972.
Lapierre is owned by Accell Group, along with other bicycle brands such as Diamondback. Accell bought a 33% stake in January 1993, followed by the rest in April 1996.They now produce over 90,000 bicycles a year at three locations in France.